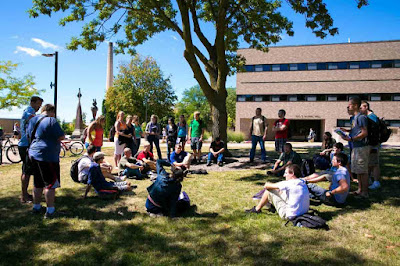 Social process can manifest itself in many ways. There are basically five types of social processes. They are competitive, conflict, cooperation, accommodation and assimilation. The modes are universal; They will take place at the micro and macro levels. A form of social process can bring a different balance; eg competitive cooperation. One can also another, providing they find a place in an endless cycle. For example, can provide competition conflicts.
1. contest
Competition as a social process seems clearer than others. It is true that in our day-to-day interpersonal encounters, and global situation. Competition is the process by individuals, groups, organizations and countries that are actively trying to win to get their share of limited resources. It is an impersonal attempt scarce and precious resources of wealth, land, health, etc. Get as a result of competition, layering,physical separation, etc. can occur in a society. Competition is struggle, dedication, decision, action, etc., in order to survive. The competition is compensated by cooperation.
2. cooperation
The collaboration is a social process in which people work together towards achieving common goals. The competition is more likely to be sophisticated, modern, industrialized society than traditional homogeneous society where cooperation seems to be more important.
3. conflict
In the process of competition for power (which may be the economic, social and political) resources, conflicts are bound to occur. Conflict involves disagreement and disharmony, which results due to differences in ideology, standard of living, and other social factors. It is a universal phenomenon, an ever-present reality, takes place both at micro and macro levels. Conflict involves the clash of interests between individuals in a social group such as a family or between groups or associations. This is the result due to power imbalances, as a result of unfair distribution of resources. This makes social class and stratification. Conflict can be between men and women, young and older generations; between different religious, ethnic and political groups.
4. accommodation
People may decide to avoid aware that the source of the conflict thus have to accept the agreement to live together, coexist in relative peace, avoiding open conflict. Property is a social process in which people try to accept one another, avoiding the sources of conflict to live in peaceful coexistence. It is a conscious adjustment and compromise between conflicting groups so that they can survive without apparent conflict.
5. assimilation
Assimilation is a social process in which a group of individuals are aware of and accept the values, standards, etc., from other groups and sometimes almost identical to the dominant group. Assimilation involves the acceptance or internalization of the culture, the values ​​of the larger and dominant groups and lifestyles by smaller or minority. Assimilation is imposed or voluntary. In the era of globalization with westernization process in which citizens of the  have access to the values, beliefs and practices of the industrialized West.
Types of social process

any suggestion on my side