•         A collection of individuals who have organized themselves into a distinct group. It is an organized group of persons associated together for religious, cultural, scientific, political, patriotic, or other purposes.

•          A body of individuals living as members of a community.  A society is a group of people involved with each other through persistent relations, or a large social grouping sharing the same geographical or social territory, typically subject to the same political authority and dominant cultural expectations.

•         The word "culture" derives from a French term, which in turn derives from the Latin "colere," which means to tend to the earth and grow, or cultivation and nurture. Culture is a word for the 'way of life' of groups of people, meaning the way they do things. A kind of social cement that consists of the characteristic habits, ideas, attitudes, beliefs and ways of thinking of a particular group of people.

Social conditions of the society and education interact and influence each other. Education plays an 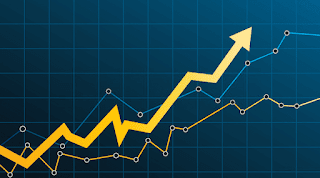 important role to produce pro-social behavior in use and eliminate or minimize anti-social behavior.  Various agencies of education contribute to social change at various stages of life. If a society wants to be modernized it needs to seek the help of education. Education realizes the ideals of democracy, national integration and industrialization.

Education is expected to change the values and attitudes of the people and to create in them an urge or the necessary motivation for social change. It is generally believed that education will provide necessary training in skills and occupations and thus produce the needed competent personnel for manning the different specialized jobs in modern industrial, business, educational and research establishments. Education is considered to be an important instrument of assisting people in knowing their weaknesses and enabling them to gain necessary knowledge in order to achieve progress in various spheres of their life in a systematic or consistent manner.

There is a strong positive relationship between the economic conditions and education. We use per capita income and enrolment ratio to study this relationship which reveals that higher the enrolment and qualification, higher the per head income of the people in a country. Technologically advancement in the education system results in the development of a country. Upgradation and reforms in education paves the way to the higher productivity, efficiency, skills and performance of the personnel working in the different fields.

Politics and education also influence each other. Education has the power to change all together the political system of a country who revolutionalized through either evolution or revolution.  Politicians when come into government take major decisions in and about the system of education. They decide what type of education should be given, to whom it should be given, how it should be given. How much to be invested in education, what type of policies and plans should be developed for improving the system of education.  On the other hand, education produces educated and civilized citizens in a society. Citizens are aware of their rights and responsibilities, well groomed citizens prefer national interest over their individual interest. They critically analyze the social and political system of the country and take active part in reforming and restructuring the society. They change or bring new government in a country with a power of vote and They have also the power and courage to make accountable their leaders for their deeds and actions.